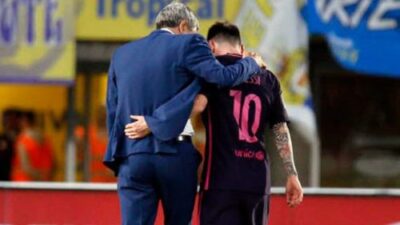 The Spanish former player reacting to the crisis after clash between Messi and Abidal,

“Most of the things you have said to me do not affect me. And I will try to make the players are affected the least. We have talked about this. What interests me is football: everything else is situations that I do not and cannot control and I don’t wear myself out on them. We will try not to be affected by what happens around.”

“I focus on what I have to focus on, which is football,” he said later when the matter was brought up again. “The only thing that interests me is to give my players the tools to play. At all the clubs in the world there are problems, so I have to focus on what I can control. I am not interested in what is not football. Everything else does not help me in my work. And I have a lot of football work here,” he added.