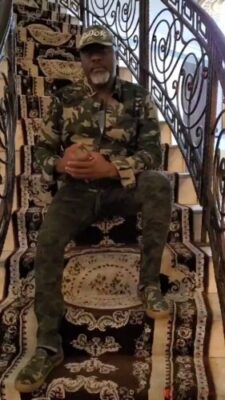 The billionaire politician dressed in military fatigues insisted that the military killed the End SARS protesters at the Lekki tollgate on Tuesday, October 20.

Gist About The Lautech Girl: The True Story Behind The Leak Video