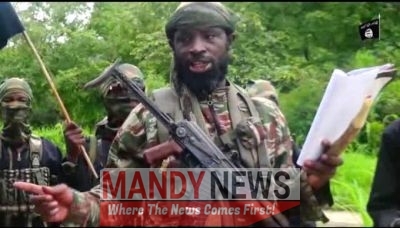 Abubakar Shekau, Boko Haram’s leader, released a new audiotape on Thursday denying viral reports that he had been overpowered by the Nigerian soldiers.

The transcript of Abubakar Shekau speech was published by Aliyu Dahiru Aliyu.

“I present this short statement before I say what I want to say, because I made a statement about five years ago, in the past Ramadan. Between this Ramadan and the past Ramadan there’s five years. And it was prayer, seeking Allah’s support,” he said.

“Even today, I won’t stop this kind of statement to show my weakness to Allah to strengthen me. Even today, I can pray to him with these words.

“But some people picked these words and published them in their newspapers and other means of spreading information, claiming that it was in this Ramadan I made the statement. But God is King and Omnipotent.

“This is well known, if anybody goes to speak on what is related to God and His Prophet, false statements would be attributed to Him and His sayings would be manipulated.

“Even Allah’s statements are being changed. We who want to state what’s related to Allah must be steadfast. This is what I want to say and I’ll repeat it Insha Allah.”