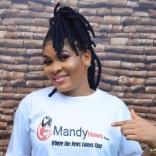 I have a passion for blogging about what's trending in…

Kufre Carter who works with XL 109.6FM in Uyo, the capital of Akwa has confessed he collected 500,000 naira from the state government to stop EndSARS protest in Uyo, Akwa Ibom State.

Mr Kufre cries out after being dragged on Twitter for collecting 4 million naira from the governor of Akwa Ibom State Udom Gabriel Emmanuel to stop EndSARS protest in Uyo, Akwa Ibom State.

“I kept wondering where they got the information that I received N4million when in actual fact I received N500k,” Kufre Carter said via his Facebook post.

Recall Sowore on Wednesday said has said that some Nigerians have made billions of naira from the negotiations to put an end to the nationwide protests against police brutality.

The said Kufre Carter, a journalist with XL 106.9 FM Uyo in Akwa Ibom state was arrested by DSS this year for allegedly defaming Dominic Ukpong, the state commissioner of health.

“Good evening, Ladies and gentlemen. A lot has been said about me following the End SARS protests on Tuesday. I’ve been inundated with calls from responsible people to ask about the whereabouts of 4million naira reportedly given to me by the Governor for the Tuesday protests.”

The rest have resorted to online bickering and name-calling. Well, I want to state the facts about the money categorically thus:

READ ALSO:  @Wazzyno Calls Out His Close Friends For Not Promoting His New Song

1. Half an hour after the governor finished addressing the protesters, I got a call from the SSA on Youth Matters to come to Eni Stores with two(2) people from the protest ground. I obliged.

2. On arrival, I was informed that His Excellency has given the sum of four(4) million naira and explained the sharing formula: (i) 2 million for “Uyo Youths” and 2 million for four (4) blocs of protest organisers(which he knew I was one of those who organised the said protest).

3. I was handed five hundred thousand naira (500,000) with specific instructions on how to share which I disbursed accordingly to five people. 4. With this money, came a caveat that the information should be as discreet as possible and I agreed hence the reason for my initial denial which I’ve grossly regretted.

5. Two days after, I kept getting threats from even my friends asking me to produce 4m given by the governor. I kept wondering where they got the information that I received 4m when in actual fact I received 500,000.

6. I’ve managed to build a reputation around my name that I would rather die than let anything or anybody put a dent on it. Nobody is indispensable when it comes to protecting my name and reputation.

7. I hereby apologize to everybody who I’ve disappointed by my actions on Tuesday. This is a first for me and I’ve surely learnt my lessons. I’m really sorry.

8. For the people who’ve wasted no time in throwing tantrums, I deserve it and I hold nothing against you. If anything, this incidence has proven to me that nobody cares about you. They’re only interested in what you offer them. Nobody has friends;–; .

9. Once again, I’m sorry for disappointing y’all and if I went back in time, I would surely have acted differently but it’s too late for that, isn’t it?

10. To my friends who’ve been through hell defending me, and opting to listen to my own side of the story, I thank you and I appreciate the goodwill. On this note, I hereby state that I never received 4m from anybody for whatever purpose and I stand by that. Thank you I digress! #EndSARS #EndPoliceBrutality Virgin Kufre Carter 17102020″

Get notified about exclusive offers every week! 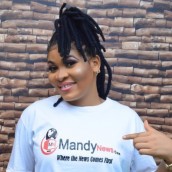 The Meaning Of The Flags Behind President Buhari

Mother Of Journalist, Kufre Carter Detained By DSS Protests As She’s Denied Access To Her Only Son

Get notified about exclusive offers every week!